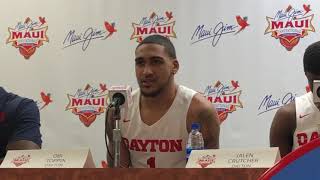 The Polo Perspective: And the real winner of the Kawhi Leonard spectacle is...

Just my thoughts...Straight from the Trunk: Caldwell can’t live in these streets? 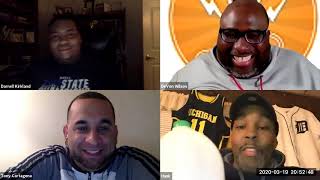 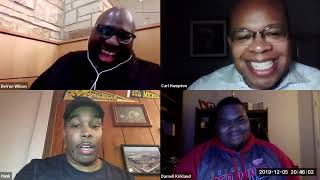 RSG ONE MIC: Tis The Season 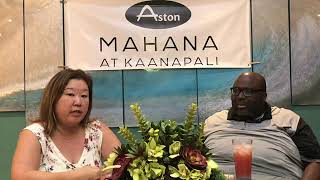 RSG ON THE ROAD AT THE MAUI: DAY 3 OUTRO 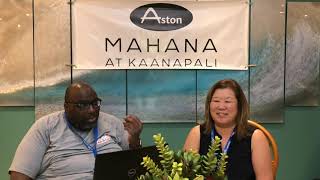 RSG ON THE ROAD IN MAUI: Day 2 Outro 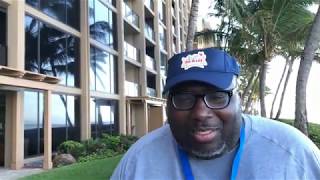 TODAY IS A PIVOTAL DAY FOR THE TEAMS THAT LOST ON DAY ONE! SOMEBODY'S "0" MUST GO! GRE 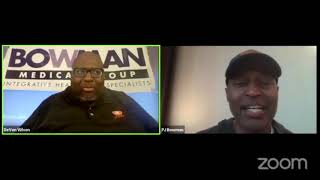 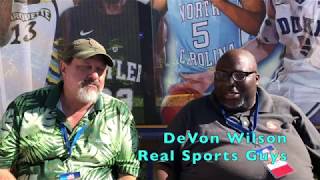 In the midst of the 1918 Spanish Flu pandemic, a design school named Bauhaus was founded in Germany. The school aimed to be a place for artists to create art that was as beautiful as well as it was practical. One particularly successful student there, named Marcel Breuer, became famous for developing minimalist products. Furniture, at that time was big and stuffed. Breur made his from all of wood and steel. This made it easier to clean and less likely to spread disease. His furniture was successful because it only contained the absolute basic ingredients, and that aligned well with pandemic-living where we have to strip out everything but the basic ingredients from our lives.

In looking back at what 2020 hip hop albums have impressed me most, I think about minimalism. The loud absence of concerts, clubs, BBQs, homecomings, and vacations changed the way I appreciated music in 2020. Instagram phenomena like Verzuz, Club Quarantine, and FASSS Auntie Lounge helped to partially fill that void, but really we were all primarily listening to music by ourselves at home. In my 2014 year in review, I wrote that I didn’t really appreciate Migos until I experienced their music at LIV. I get it. It’s a vibe. But when I’m stuck at home, my vibe reverts back to bars and flow - hip hop minimalism.

I believe minimalism has also become central to sports. Like music, professional sports lost it’s “vibe” without fans in the arenas, tailgating in stadium parking lots, and gathering in bars and homes. The NBA in particular, found a way to succeed with a different vibe. The Bubble was a wild idea when first proposed, but became a model of minimalism. Just basketball. No travel. No distractions. Let’s see who wins when that cushy couch becomes a wooden chair. Some new stars emerged, and some established stars flamed out. So in honor of that success (and minimalism), I present my top hip hop albums of 2020 in NBA bubble format:

Bubble Invitees (Phoenix Suns, Spurs, Kings, Pelicans, Wizards) - These albums were invited to the Bubble, but only on the strength of their star power (e.g., Zion Williamson, Devin Booker) and not necessarily because they were really good:

Bubble Participants (Magic, Pacers, 76ers, Nets, Mavericks, Trailblazers) - These albums were feisty. Had some good moments, but didn’t have a complete enough tracklist to compete for the title.

Living off Xperience, The LOX

Music To Be Murdered By, Eminem

Bubble Contenders (Bucks, Raptors, Rockets, Clippers) - These albums are all really good. They each made it to the Bubble conference semifinals, but ultimately lost out to albums that consisted of some break out performances

Who signed every contract and missed the deadlines

It's the road less traveled, it's the one who missed the flights

Hov hit me up like, "What, you scared of heights?”

Denver Nuggets fans have been waiting since 2009 for their team to make it back to the Western Conference Finals. That is the same year that we were first promised a Jay Electronica album. Because of that long delay, this album had unreasonably high expectations. If you put those to the side and just judged the album on its merits it is easily one of the best released in 2020. Jay Electronica is a lyrical wizard with a commanding flow. His content is dense. This is not elementary school rap. You need to sit with this album for a while, but your patience is rewarded. The production is a bit all over the place, but that is consistent with his persona. This album should state that it “features” Jay-Z like Ironman featured Cappadonna and Raekwon, which I think adds much more to the album than it subtracts. I never thought I would listen to this album, and now that he has gotten the monkey off his back, I’m excited to see what he comes up with next. On second thought, perhaps Jay Electronica is similar to D’Angelo, only blessing us with a new album every 10 years or so. I’ll put a calendar reminder for December 2029.

People, we the pirates, the pride of this great republic

No matter what you order, muhf*cker, we what you're stuck with”

Run The Jewels was built on the concept of hip hop minimalism. Two talented emcees performing rap acrobatics. RTJ4, however, was the album we didn’t know we needed this summer. People were angry about police brutality, afraid of COVID, anxious about politics and the economy, and going crazy being trapped in our houses. RTJ taps into all of that and pours into 11 tracks of pure rap adrenaline. It’s an album that effortlessly makes a famous Gregg Nice line and makes it a hot song. Then they follow that with a D.O.C. homage track that hits so hard that 2Chainz had to break out some rappity-rap bars. There are some less notable tracks towards the end of the album, but this is an album you don’t want to face off in the bubble.

Highlight Tracks: yankee and the brave; ooh la la; out of sight; JU$T

Bubble Runner-up (Heat): Griselda (Burden of Proof Benny the Butcher; WHO MADE THE SUNSHINE, Westside Gunn; From King to A GOD, Conway the Machine)

I'm on point when my enemies not

I shoot with nobody 'round me like a penalty shot

When n----s' traps was warmin' up, mines was literally hot

The promotin' I did, Pyrex should be givin' me pots,

That's how you handle business,

got my name in the Guinness

Records, next to ballers and retired drug dealers

Side note, I'm the realest, signin' off, Mister Pennick

On paper, the Miami Heat were an interesting team, but not considered serious contenders. In the bubble, however, when chemistry and execution were critical, the Heat were better than more heralded contenders. The Griselda crew is similar in this respect. This crew consists of three members - Brothers Westside Gunn, Conway the Machine, and their cousin Benny the Butcher - without a singular superstar in the group. However, each member is a solid artist on their own and a problem when they come together. They are 90s rap flow and sound. This album makes me feel like I should be playing PlayStation 1 with the crew like it’s 1995 again. You won’t party to these albums but they will put a mean mug on your face under your mask. Lyrically, Griselda has found the Goldilocks sweet spot. More complex than mumble rap, but not attempting to pack a million words into every bar.

Benny the Butcher’s, Burden of Proof is the best of the bunch. A great album from beginning to end. Benny holds his own on tracks with Rick Ross, Freddie Gibbs, Lil Wayne, & Big Sean. From King to A GOD by Conway is crisp and gritty. WHO MADE THE SUNSHINE by Westside Gunn is a high energy album with some impressive tracks and features with Black Thought, Slick Rick, and Jadakiss. Frank Murphy is the most beautifully haunting track you will listen to this year. East Coast rap is alive and well the heartbeat right now is in Buffalo, NY.

Special how I touch the people when I'm speakin'

So precious like a moment of watchin' a baby sleepin'

From journeys that I travel and missions I be completin'

Extinction Level Event 2 is the best album of 2020 and like the Lakers chip this past year this wasn’t close. Like Jay Electronica, ELE2 was an album I had been waiting for a few years. Rumors starting bubbling in 2018 that ELE2 was done and that it was GOOD. And they weren’t lying. It’s not a perfect album, but this clearly a virtuoso performance from one of the best rappers of all time. Busta Rhymes’ versatility is unmatched. He can do every kind of song. His cameo list is an impressive list of rap legends (Rakim, ODB, MOP, Rick Ross, Anderson Paak, Kendrick Lamar) and Busta outshines them all in their own styles. Aside from the lyrics, Busta is truly a grand master when it comes to using his voice as an instrument. He can get as hype, deep or thoughtful as any other artist, but his ceiling is always higher because of his vocal energy. Throughout the album Chris Rock serves as an sublime Ebony Maw to Busta’s Thanos. The second half of the album is a bit uneven, but the album goes 12 tracks deep. No other albums can match the depth or heights of this album which is why it lifts the trophy at the end of 2020.

That’s it for me. 2020 was awful but I know things will get better. RIP Kobe and Gianna, Bill Withers, Chadwick Boseman, RBG, David Dinkins, Lou Brock, Alex Trebek, and the almost 2 million people we have lost to COVID this year.